So you want to play with Docker? Sweet, let’s help you out. One way is to install Docker on your local machine. After installing, just start a terminal session, type docker run. Et voila!

Now if you don’t want to install Docker on your own machine, what are the alternatives?

You could try the available online training options, provided by Docker Training. Self-paced training for developers and for system administrators. From the complete list of individual labs simply choose the one you want.

When you start an online training, the sandbox environment is shown on the right. 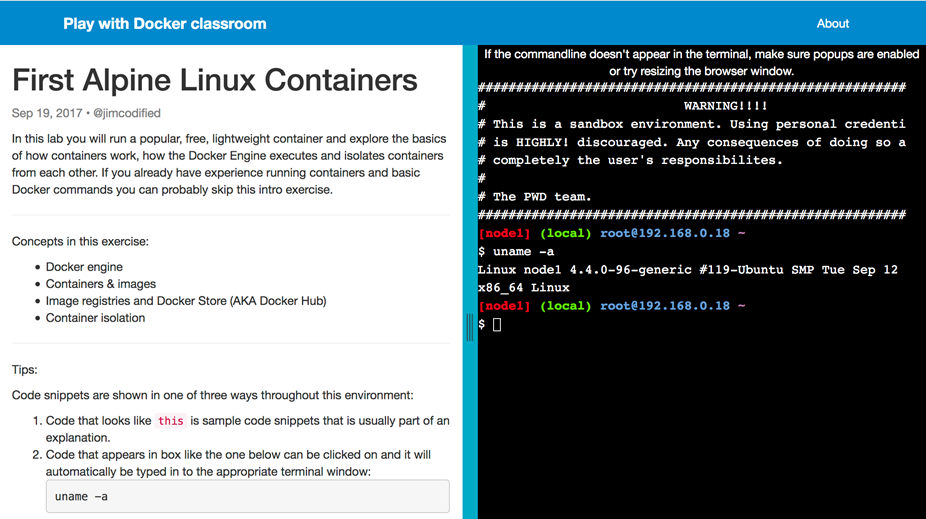 The supplied sandbox adds great value, and you only need a browser to attend class.

If you want to experiment a bit more, try: https://labs.play-with-docker.com Here you can experiment with images/containers and even with small swarms.

Give it a go? Say you would want to create an image which on startup creates a tar with the content of a directory and put the outcome to that same directory:

You see the tar_creator image which has been created. Now run a container from the image with a link to the host OS:
docker run –rm –mount type=bind,source=”$(pwd)”/to_tar,target=/to_tar tar_creator 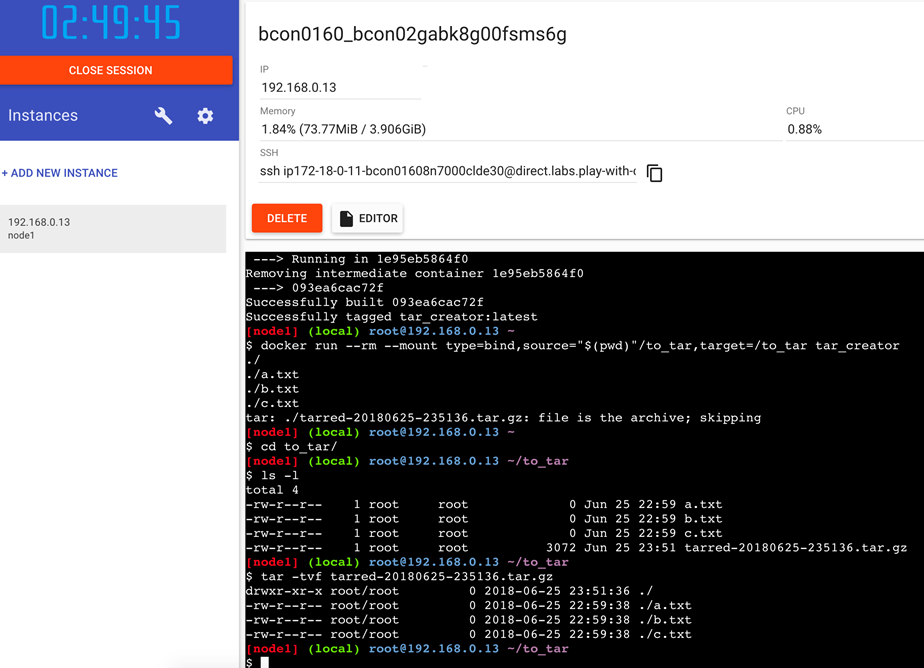 The tar has been created in the /to_tar directory on the host environment. Testing the outcome does not reveal any errors. Test succeeded!

It is also possible to use swarm mode in this playground. For a nice tutorial to check out how that works, see: https://docs.docker.com/engine/swarm/swarm-tutorial/

As the creation of the managers and workers can be done (in a basic setup) from the playground, you can skip the initial setup actions. This means, for this specific tutorial, you can just start here: https://docs.docker.com/engine/swarm/swarm-tutorial/deploy-service/

For our test, use the ‘3 managers and 2 workers’ template from the playground. 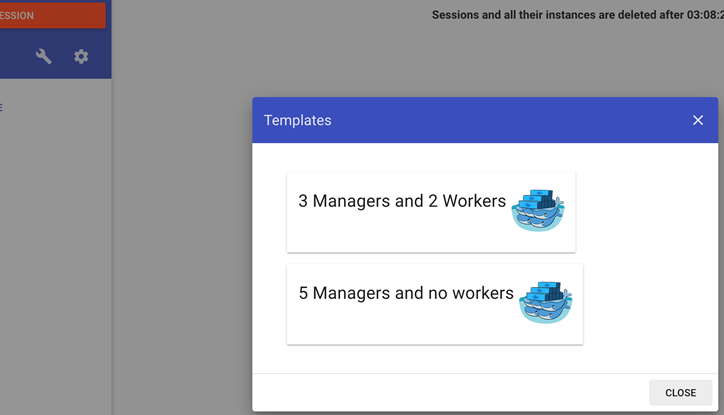 The result will look like this. When issuing the ‘docker info’ command, info as shown below will appear. The swarm is active with 5 nodes and 3 managers. 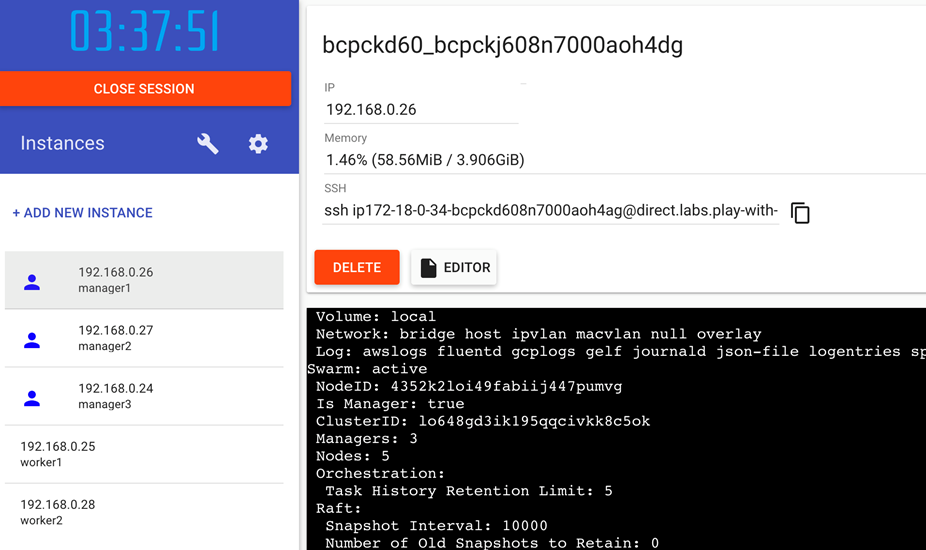 Check the available nodes from manager1.

For testing purposes, start a service as described in the tutorial and test if it has been created with ‘docker service ls’. Only 1 instance of the service is created.

Now scale up the number of nodes.

Do another ‘docker service ls’ to see how many replicas are running.

On every node the ‘docker ps’ command is executed, you can see the specific container running on that node.

If the number of replicas is raised to 7, multiple containers will run on particular nodes.

Finally remove the service. This can only be done from one of the managers. After a short while the containers will cease to exist.

As seen in the examples above, the online training possibilities are a great alternative for learning Docker if you do not want to install it on your own machine.

All you need to do is register and you are on your way.