Home/Blog/Masters of Java 2019
Previous Next 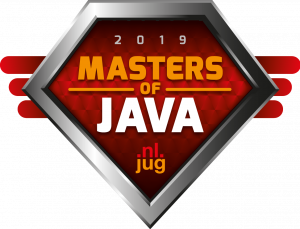 For a couple of years now, the annual J-Fall conference is preceded by the acclaimed Masters of Java, also known as the ‘unofficial Dutch programming championship.’ Though the contest can be heated at times, it’s basically about having a lot of fun while doing what we developers all like most: solving problems with code. 🤓

My colleague Stefan Zwanenburg and I gladly accepted the challenge!

Not really knowing what to expect, using our own, familiar hardware and IDE should provide a sense of trust, now shouldn’t it? Well, that plan quickly went out of the window, as each team was provided with one laptop. Furthermore, the only reference available was the JDK’s JavaDoc: no internet access or phone use was allowed.

After the rules had been explained, it was time to start the competition, which consisted of 5 rounds, each having a duration of 30 minutes. Completing a round early was rewarded with extra points.

To give an idea of what we were up against, here’s a summary of all 5 assignments:

We decided to swap roles each round, being the ‘typist’ each other round. This turned out to work pretty well. We managed to complete 4 out of 5 assignments in time, and were even in the top 5 halfway. Unfortunately, the pyramid puzzle managed to frustrate us. Having thought out a working algorithm, our code – in hindsight – probably contained a trivial bug that survived our frantic debugging. 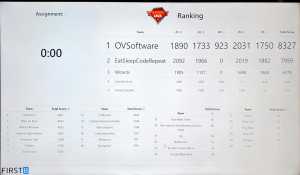 Ultimately, we ended up being 6th out of 30 teams. This being only the first time we participated, we can be proud to have upheld the honor of our company. 😊

We enjoyed participating very much, so for sure: see you next year!